Jacksonville, FLA. – The U.S. Small Business Administration (SBA) is proud to announce the selection of Mr. Michael Barrera as North Florida District Director. He will oversee the implementation of SBA programs and services across 43-counties in North Florida.

Barrera is an experienced attorney with over 30-years of business, government, legal, and non-profit experience. He has an extensive history with the small business community. He previously served as the SBA’s third National Ombudsman from 2001 to 2005, where his office assisted small businesses, who were subject to overburdensome federal regulations. He also served as the first director of the agency’s Business MatchMaking program from 2003 to 2005. Barrera served as an internal Ombudsman for SBA’s Office of Disaster Assistance employees, after the hurricanes that devastated Puerto Rico, Florida, and

“The economic prosperity for entrepreneurs is critical for our local communities and our nation’s economy.  I look forward to working with all of our resource partners in order to provide tools that will assist small businesses in Northern Florida start and grow their businesses and achieve their American dream,” stated Barrera.

In addition to his SBA experience, Barrera served as the President and CEO of the United States Hispanic Chamber of Commerce (Washington DC); Director of Entrepreneurship for the LIBRE Institute (Denver, CO. and Kansas City, MO); and President of the National Business Information Clearinghouse (Denver, CO).

In his past roles Barrera has testified before Congress, and has served as both a national and regional spokesperson on issues critical to the business and Hispanic community appearing in many national media outlets. In 2007, he was named as one of “America’s Top Diversity Advocates” by Diversity Business.Com. In 2008, Latin Business Magazine named Barrera one of the top 100 influential Hispanics in Business. His community experience includes serving as a past board member for the Statue of Liberty/Ellis Island, co-founder of the Hispanic Bar Association of Greater Kansas City and past board member of HACR (Hispanic Association of Corporate Responsibility).

Barrera received his law degree from the University of Texas School of Law and a bachelor’s degree from Kansas State University. He was also educated at Harvard Business School and the Marshall School of Business at USC. He is a native of Kansas City, Missouri. 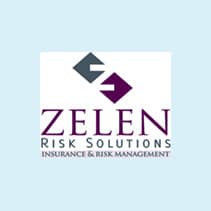 The JAX Chamber Foundation, a 501(c)(3) non-profit organization, was founded in 1978 and serves Northeast Florida in funding workforce development, leadership and entrepreneurial education programs in support of long-term regional prosperity.